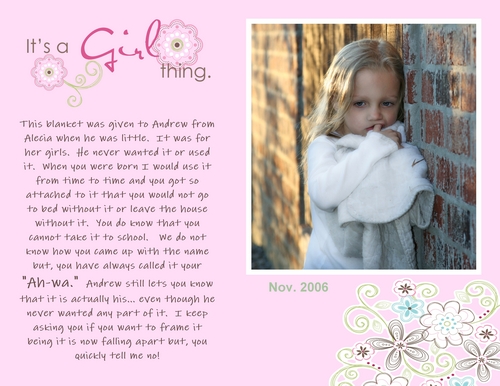 Kameron has been attached to this blanket since she was little. I always wanted Andrew to be attached to something but, he never was. Now that the "Ah-wa' is falling apart I don't what we will do about it !!!