Momma you wanna dance with me? 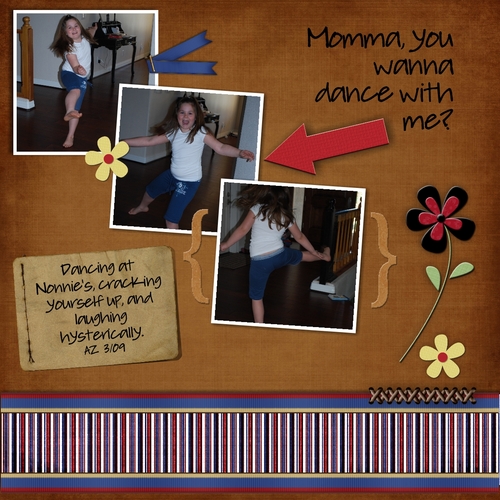 DD loves to dance, any chance she gets. She will dance to anything! I think she was dancing to the music of my cell phone ringing! LOL! The other LO is from crazy hat day at school. TFL!!!