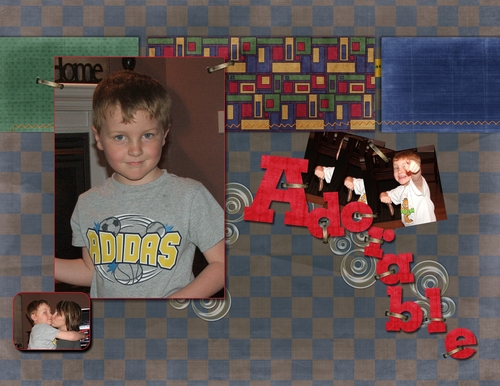 Hayden is 5 YO and he is the biggest ham ever! He is such an adorable child...He keeps us cracked up the whole time we are here with them!!