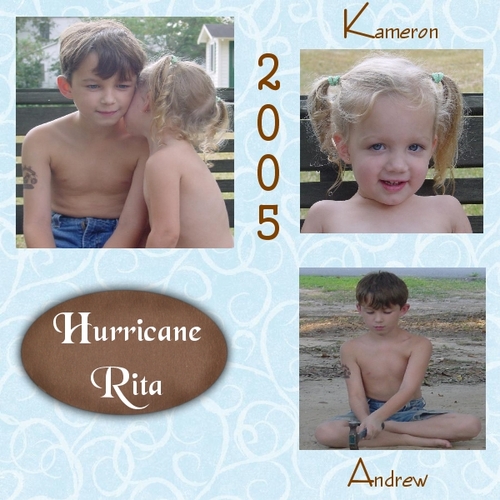 We were @ my mom & dad's house for Hurricane Rita - No electricity - it was hot - no stores were open to buy food - you could not buy gas etc. But, the kids were still smiling !!!