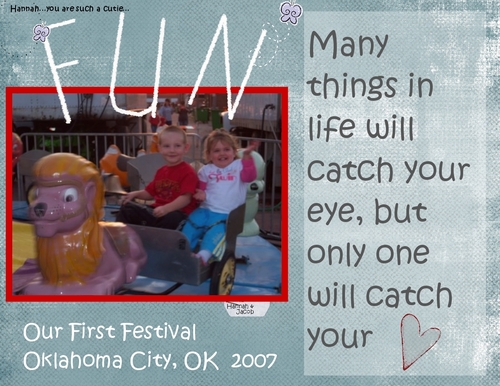 Hannah and Jacob at their first festival...looks like they are having fun !!